Hello, Internet people! I hope that you’re having a productive quarantine. :3 My last author feature was two years ago, so I’m excited to introduce you to my new favorite wordsmith, June Hur. Her debut novel entitled The Silence of Bones came out last month, and I found it thrilling, delightful, and educational. I highly recommend it if you’re a K-drama fan or a lover of Asian history. Thank you, June, for kindly granting my interview request. It was a pleasure to know more about you and your fictional characters. ❤ 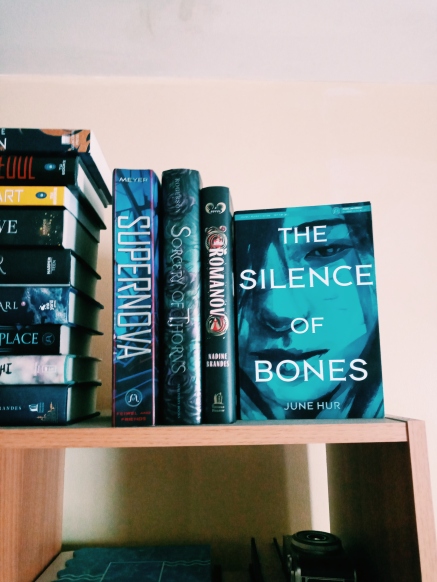 1. Inspector Han was motivated by revenge for most of the book. Given the Korean meaning of “han,” was his name a self-fulfilling prophecy?

“This was actually a coincidence at first! Korean characters are based on Classical Chinese, so the word “han” has multiple meanings. Historically, the Korean surname Han translates to “country” or “leader.” But when I discovered the other meaning of “han” during my research, meaning “deep sorrow, resentment, grief, regret, and anger,” I realized how well it embodied not only a major theme in my book but also Inspector Han’s own personal story. So if it wasn’t for the need to be historically accurate, I would totally love the idea of his surname taking on the emotion ‘han’.”

2. Did your faith significantly affect your writing? What inspired you to discuss religious conflict in your book?

“While researching about Korea’s past, I immediately found myself interested in the Catholic persecution of 1801; I’d had no idea this had occurred in my history and wanted to learn more about it. My goal in examining this conflict was neither to take sides nor to judge who was right or wrong but to simply use storytelling as a way to acknowledge this event and to learn more about a history personal to me—both as a Korean and a Christian. I understood the ideological perspective of both sides, and I wanted to present my understanding in book form.”

3. What do you think are the most remarkable legacies of the Joseon Dynasty? How does modern Korean culture reflect them?

“The Joseon Dynasty was such a long period, lasting from 1392 to 1897, and I’m still learning more about this time. But from what I’ve learned so far, I’d say that one of the most remarkable legacies would be hangul, the Korean alphabet. It was invented by King Sejong in 1443, and before then, Classical Chinese was the official script used for reading and writing. And I guess modern Korean culture reflects this legacy in that we still use Hangul to this day!”

4. Curiosity is one of Seol’s strengths as a heroine. Do you think that her thirst for knowledge can also be a liability? Could she be happy if she stayed ignorant?

“Seol’s curiosity definitely can be a liability since she was a servant and the period she lived in was steeped in classicism. That’s why her Older Sister would constantly warn Seol, ‘Do not stand out, do not be so curious, then you will have a long life.’ If Seol had listened to her sister, if she’d stayed in ignorance, I don’t think she would have been happy. I think she would have been so miserable that at one point she would have caused a scene, haha!”

5. If you were Seol or Inspector Han, what would you do differently? Would you try to find the killer at all costs?

“I’m a very anxious person, so I love projecting all my worst nightmares into fiction, it’s a coping method for me. But in real life, I would much rather stay home (I’m a hermit) and leave the pursuit of justice to someone more capable than I. Though, I’m sure there is some personal truth of mine in Seol and Inspector Han. Maybe, if I were thrown into Seol or Inspector Han’s situation, I might see a new, unexpected side of me surface?”

6. If The Silence of Bones had a love story version, how would it begin and end? I have a feeling that they wouldn’t have a happily ever after. Hahahaha.

“It would end tragically, haha! It can’t have a happy ending considering…(blanked out the truth to avoid spoilers).”

7. Do you have a dream cast for your book? I think Ji Chang-wook and Ha Ji-won would do a great job! 😀

“I absolutely love those two! When I wrote this book, I always imagined Seol as Kim Go-eun. As for Inspector Han, I’ve changed my mind often on who I imagine him to be, but for now, it would be Jang Hyuk.” 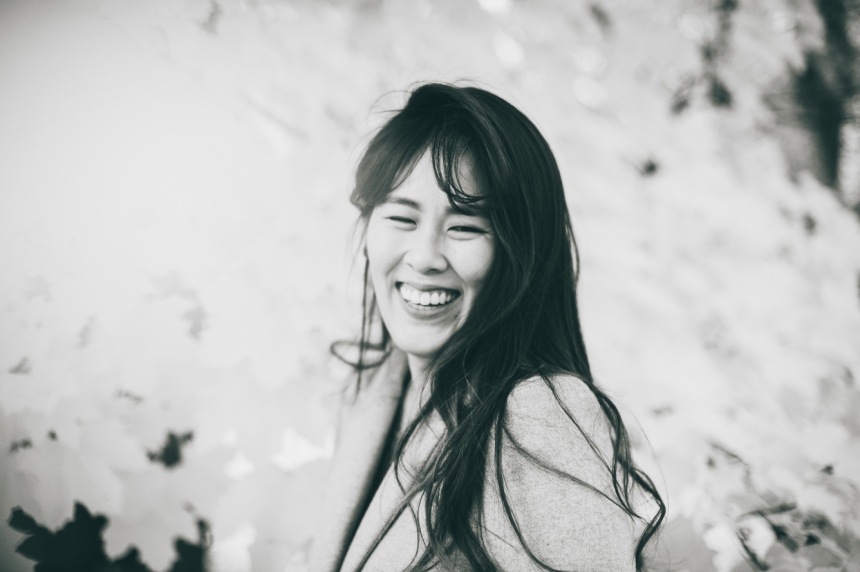 JUNE HUR (‘Hur’ as in ‘her’) was born in South Korea and raised in Canada, except for the time when she moved back to Korea and attended high school there. Most of her work is inspired by her journey through life as an individual, a dreamer, and a Christian, with all its confusions, doubts, absurdities, and magnificence. She studied History and Literature at the University of Toronto, and currently works for the public library. She lives in Toronto with her husband and daughter.

I am a devoted nerd who basically just wants to read and stay at home all day. I also have a career as an editor, so I am a sucker for English grammar. Furthermore, although I am predominantly introverted, I am very interested in making meaningful friendships. Finally, I live under the following principle: "One cannot have enough books."